“And What Have You Done?” 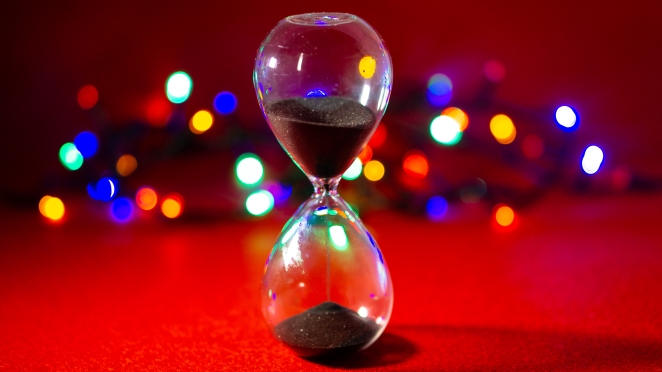 It’s December 12.  I know you’re ready  to hate on some Christmas music.

“And so this is Christmas.

And what have you done?”

Ok, now let’s be honest.  Does anyone actually like this song?  If you speak English and say, “Yes”, I don’t believe you.

You know which one I’m talking about.

This is the part that really angers me:

“Have a very merry Christmas.

And a happy new year.

We hope it’s a good one.

We listen as Yoko Ono sings with all the kids, knowing that she was not far from shedding tears for her husband every year for the rest of her life.

I hate this song because there’s nothing for that ‘hope’ to hang onto, and we all know it’s completely unrealistic.

There will be war.

There will be tears.

Oh and by the way, exactly “what have YOU done” that’s of any significance in light of all this?

Have a very merry Christmas.

Yet we’ve got to live our lives, right?  We really don’t have time to just sit down and cry over the hopelessness of it all.  And the truth is that we’ve got this one life to live.  Just one.  And that reality propels us forward to make the most of it.

Make the most of it.  Do something important before it’s all over.  Tick-tock.

These are the thoughts that Nobel prizes and mid-life crises are made of.

In his song, “Fear”, Lacrae asks, speaking of his meeting with God at the end of his life here on Earth:

“Will I hear, ‘Well done’ when He’s turning to me?

Will I hear ‘You care too much about all this stuff that really don’t matter?

You chase the wind and you don’t want it.

Got to the top of a 2-foot ladder.

What’s after I can capture all this mess my heart was after?

Will I end up empty-handed when I stand before my master?”

I wonder whether all I strive after, all I hope for in this life, all I work for, is a scramble to the top of a 2-foot ladder.  Maybe all that keeps me up at night, wakes me up early, and shoves me out the door is ultimately ‘stuff that really don’t matter’.

Yet the second hand ticks on, and the question still lingers: “And what have you done?”

What have I accomplished?

Have I grown at all?

Have I done anything of any significance for anyone?

Are lives changed because of me?

What do I have to show for all the time I’ve spent?

Inevitably, this exercise leaves me feeling frantic to justify my existence.

I start to compare myself to others who seem to have been far more “successful” this year, or by my age, than I.

I don’t have a bestseller.

I don’t have a hit song.

I don’t own a booming company.

I haven’t led a philanthropic movement.

Do you have to have done these things to have had a successful year?  My inner critic certainly thinks so.

Have you ever read the book, “Wonder” by R.J. Palacio?  I just finished reading it with my son, Levi.  At the end of the book, the principal of a school gives a graduation speech.  I got rather choked up when I read these words of his (cue “Mom, you’re weird” look from Levi)…

“But the best way to measure how much you’ve grown isn’t by inches or the number of laps you can now run around the track, or even your grade point average…though those things are important, to be sure.  It’s what you’ve done with your time, how you’ve chosen to spend your days, and whom you have touched this year.  That, to me, is the greatest measure of success.”

He goes on to quote a passage from a book called, “Under the Eye of the Clock” (what a title, right?) by Christopher Nolan.

“The main character is a young man who is facing some extraordinary challenges.  There’s this one part where someone helps him: a kid in his class.  On the surface, it’s a small gesture.  But to this young man, whose name is Joseph, it’s….

(quoting now from the book) ‘It was at moments such as these that Joseph recognized the face of God in human form.  It glimmered in their kindness to him, it glowed in their keenness, it hinted in their caring, indeed it caressed in their gaze.”

My measure of success has been the extent to which the world has recognized me.  I should be asking whether people recognize God because of having encountered me.

And if they’ve recognized Him, it is not because of some kind of conjuring or righteous striving I’ve done.  2 Corinthians 3:18 says:

“We all, with unveiled faces, are looking as in a mirror at the glory of the Lord and are being transformed into the same image from glory to glory; this is from the Lord who is the Spirit.”

Moses looked at God and ended up with a face so bright he had to veil it.  As the days passed since He looked at Him, though, the glow faded.

Christians, though, get to behold God through His Spirit daily, and gain ever-increasing levels of glow.  As He transforms us to be more like His Son, His face becomes ever more recognizable in ours.  Our thoughts, words, and actions glow more and more with the beauty of His glory.

And this…this is what I hope to hear at my first meeting with God on the other side….

If I don’t want to worry that I “cared too much about all this stuff that really don’t matter”, then I need to switch up my paradigm.

Did people recognize the face of God in mine this year?

Did they see His work when I apologized?

Did they see His strength when I struggled and simply held onto Him?

Did they hear His voice when I gave them grace for their shortcomings?

Did they feel His love when I spent time with them?

Did they experience His generosity when I gave?

Did they experience His peace when I prayed?

Do you know what’s great about these questions?  None of them can be answered in the affirmative unless God Himself did the work.  I only had to be willing to do 2 things:

If success was gained, it’s because God shone in and through me.  And it’s under His eye, not the clock’s, that I live.

I’m going to have a hard time really making this huge shift in mindset, as I’m a very results-oriented, task-oriented, success-seeking person.  Maybe you can remind me.

And when you do, you can be sure that I’ll recognize the face of my good, loving Father in you.

At work. At the coffee shop. At home. At school. In the car. On the street. In every ordinary place, God is.
Loading Comments...
%d bloggers like this: